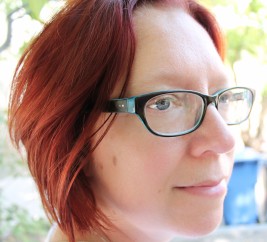 My name is Monique Roy Buchanan and I am a writer. Welcome to this blog.

I believe that when you know where, what and who you came from, you feel more connected and more whole.

Since genealogy began to become popular, many people are searching for their ancestors. Maybe, like me, you enjoy watching shows on TV such as “Finding Your Roots” or “Who Do You Think You Are?”

Maybe you can spend hours searching through genealogy websites such as FamilySearch.org or Ancestory.com.

For most of my life, I didn’t know anything about my family on my father’s side. He had told my mother he was born in France and grew up in Canada. He met my mother in New York, where I was born.

After he died in 2001 at the age of 91, I got hold of a copy of my father’s baptism record. It showed he was born in Montreal (not France) and the names of his parents and godparents.

Curious as to why my father might have told us a tall tale, I began seeking more information, signed up for Ancestry and spent many hours doing research. Names and dates came to light, but I still knew very little about my family. What I knew for sure was that they had come to Canada in the 1660’s and 1670’s from France.

Those questions drove me to decide to write down the facts I had uncovered and to delve even deeper into the past. Almost a year later, I have unearthed some fascinating family stories.

I had never heard these stories before, and yet they are my family’s stories, and they are my stories. They have helped me to understand my father and myself in a more profound way.

What might one be able to discover if one were to uncover facts that time and memory-loss have buried? This is what inspired my work and why I share it on this website.